From football and fish and chips to queueing and talking about the weather, there are many ways to define Britishness. Our children have lived through historical times for our country, including Diamond Jubilee celebrations and successful British Olympic and Paralympic Games. However, they are also growing up in a diverse multicultural society that continues to be troubled by the threat of terrorism. In June 2014, David Cameron emphasised the important role that British values can play in education. Further, how well a school promotes such values is an aspect of Ofsted’s 2015 inspection process.

British values are promoted in so much of what we do, not least during our school assemblies, Religious Education and Social and Emotional Aspects of Learning (SEAL) sessions.

As well as actively promoting British values, the opposite also applies: we would actively challenge pupils, staff or parents expressing opinions contrary to fundamental British values, including ‘extremist’ views. The term ‘British values’ might be slightly misleading in that these values are 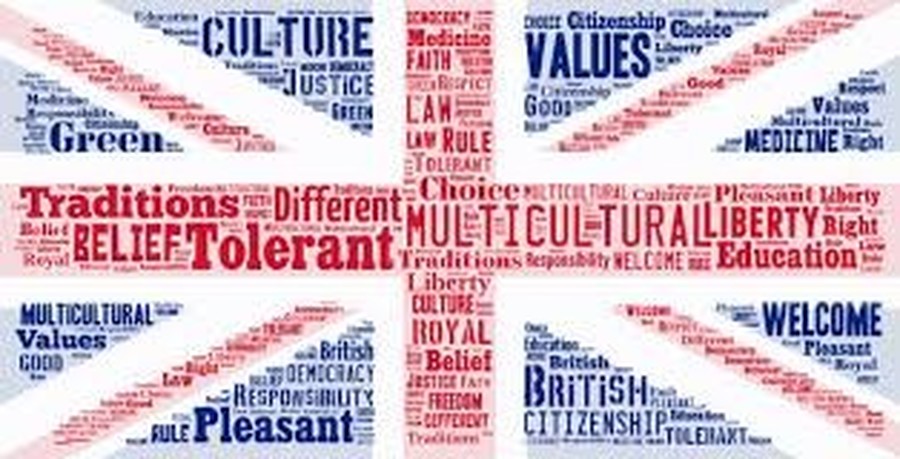 On Wednesday 8th June, Rothwell Victoria had a wonderful celebration of all things British! All the children came to school dressed in red, white and blue, we had a story teller, Roop Singh, who held a whole school assembly and then worked with Year 5 and 6 and we had Morris dancers working with Years 3 and 4. Best of all, however, was our British café! Each class made some traditional British goodies for our visitors to enjoy! Thank you to all the parents who came and contributed to our celebration! 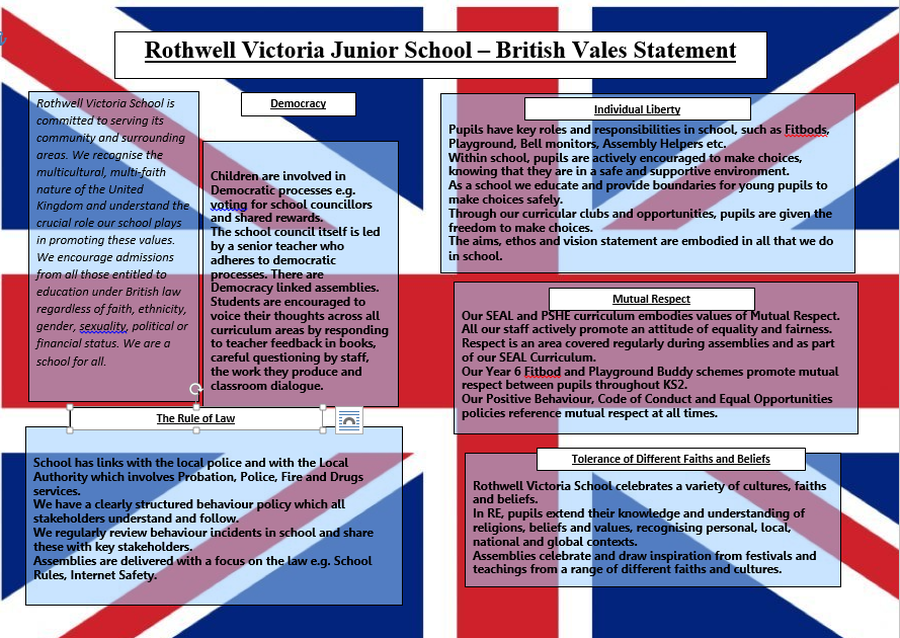 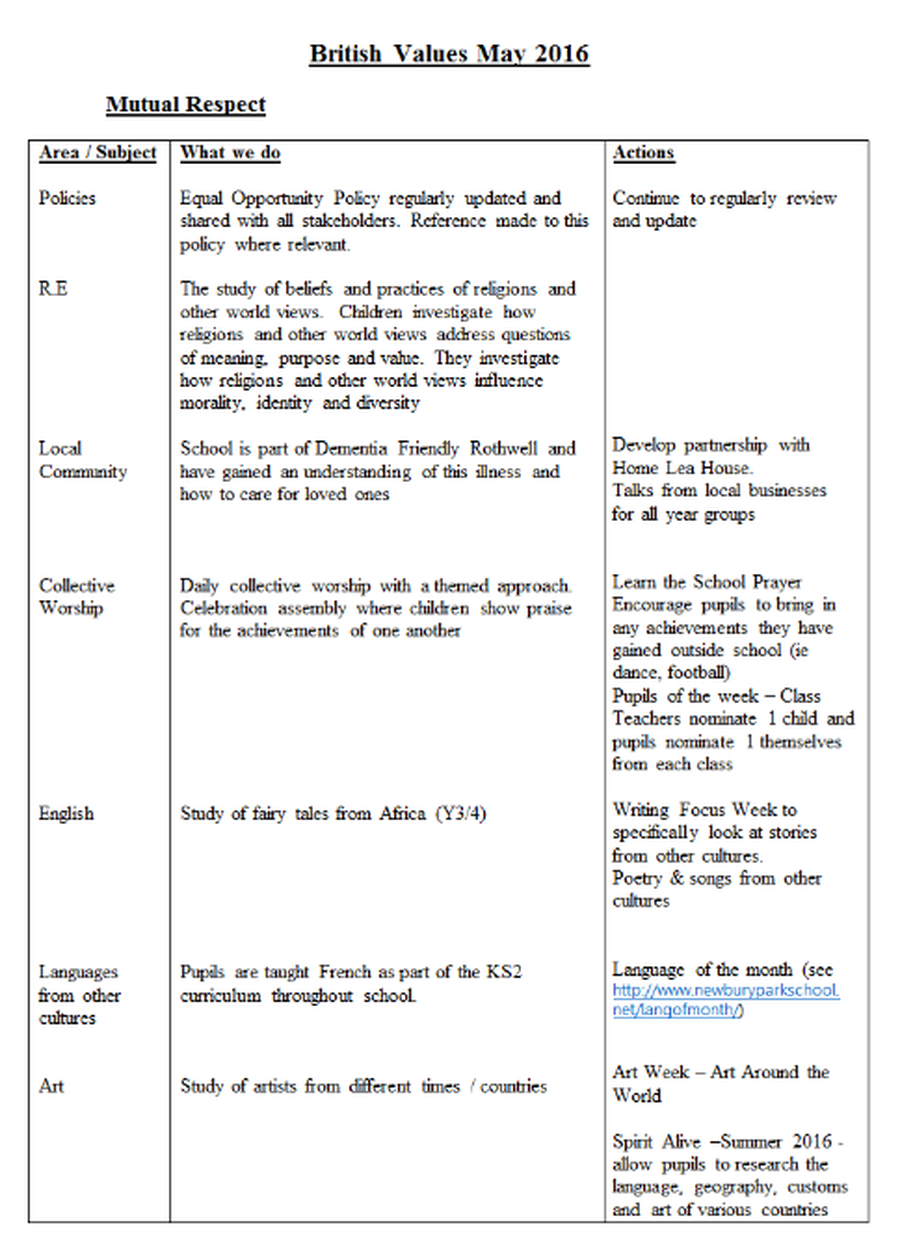